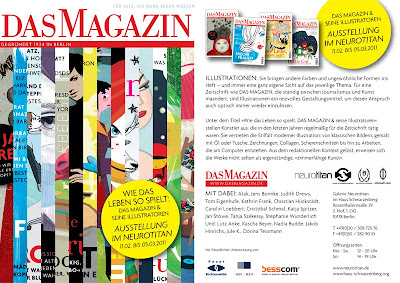 You are all welcome to have a nice evening with us at the exhibition "Wie das Leben so spielt" - Galerie Neurotitan!!!!
Date: 11.02., 19.30 / Haus Schwarzenberg, Rosenthalerst. 39, 10178 Berlin
The exhibition is organised by DAS MAGAZIN - thanks to Manuela & Inka! 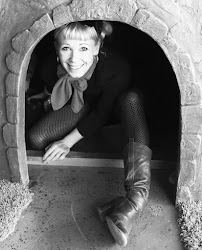 Judith is an illustrator and designer based in Berlin. She has a wide variety of clients in the illustration industry. Judith's books can be found in over 17 countries. Her illustration work is for both - children & adults and has been published, exhibited or reviewed around the world and honored f.e. by ADC Germany (Silver), ADC Europe (Gold), Clio Award NY (Bronze), LIA London (silver), 100 Best Posters and Stiftung Buchkunst. She was also nominated for the German Design Award.
From 2008-2015 Judith Drews was a member of the IO Nominating body for the world's largest award for children's and young adult literature - ALMA. Since 2012 she is also a jury member of "Zeitschriftensiegel der Stiftung Lesen"